Social media is the biggest disruptor of marketing in the last decade. With its endless opportunities for curating a constant feed of content, no other place in the marketing world holds so much power. This isn’t even considering its influence when it comes to video marketing. So, in this post, we’re going to teach you how to increase social media engagement using video.

So how does social video achieve such a huge advantage over its text and image counterparts? First, we’ll unpick this, then we’ll tell you how to utilise social video to increase social media engagement.

Why is video so powerful on social media?

To answer this question, we first need to think about why video in GENERAL is so effective.

Firstly, it’s pretty obvious that video takes more work to create than an image or some text. Because of this, audiences instantly pick up on the expertise they’re seeing – even if subconsciously. This makes them more likely to share the content so it gets the reception it deserves.

However, this probably isn’t as important as video’s ability to engage and create emotional reactions. It’s a clever combination of visuals and sound, these two often matching seamlessly to evoke emotions in the viewer. Next, it uses this strength to communicate messages in a tiny fraction of the time it would take using text.

Because of all of these factors, social media posts with video have 48% more views than those without!

Read more about the importance of video on social media here.

What is social media engagement?

You might have a vague idea of what ‘engagement’ is. However, this isn’t enough to properly solidify your video marketing goals.

Social media engagement is your level of likes (or, as is commonplace on many platforms now, reactions), comments, and shares.

In other words, engagement is simply the level of interaction your audience has with you. To increase this interaction, your posts need to be exactly what they’re looking for. In addition, your content needs to acknowledge its audience and speak directly to them.

Now, how do you take this and use it on social media to boost your engagement? Navigating the social media space can at first feel intimidating, but read on and we’ll show you how easy it can be.

How do I increase social media engagement using video?

With the coronavirus pandemic heightening users’ hunger for instant and lighthearted content, TikTok has dominated the social video scene. It’s a pioneer in instant video production for the smartphone generation, with huge amounts of effects, soundtracks and trends to choose from. More than 1 billion videos are viewed on TikTok every day!

Although the music industry has almost taken TikTok as another record label due to its influence on the charts, other industries can take advantage of the platform too.

Have a go at creating quick and original videos about your field or product, and you could be the next viral star.

Instagram Stories launched in August 2016 as a rival to Snapchat (remember that old thing?), and since then have become users’ only stop for instant, candid and temporary content.

The feature allows you to post pictures and videos – either captured in the moment or taken from your camera roll. However, they’re only available to view for 24 hours. This format is ideal for candid content you might film around your premises or on projects further afield.

However, if you want to keep your Stories more permanent, soon after launching Instagram Stories also introduced Story Highlights. These stay on your profile so users can rewatch your Stories. What’s more, you’re able to sort them into categories to add extra navigation to your profile.

Furthermore, Instagram Stories offer a lot of options to increase social media engagement. These include polls; quizzes; question boxes; a ‘swipe up’ feature (inserting a link that users can visit by swiping up on the screen with their finger); music; and GIFs.

Utilise these features to invite more engagement from your audience. It will have more than one result: you’ll increase your engagement, but you’ll also get to know the thoughts and behaviours of your target audience.

Instagram also has a very popular live streaming feature. Located in the Stories section at the top of the feed page, Instagram Live behaves very similarly to a traditional Story. However, the experience is elevated to real-time engagement; users have the opportunity to comment in real-time and interact directly with the host.

Businesses can use Instagram Live to host Q&As, stream their events to a wider audience, and demonstrate how their product or service works.

For a few years, Instagram has boasted IGTV as its hub for longer videos. IGTV, predictably, stands for ‘Instagram Television’. It allows companies to share longer video content in a space where audiences expect it.

The fact that audiences accept the IGTV space as where longer videos live is crucial, because it guarantees engagement with them on a previously short-form-only platform.

On IGTV, try Q&As; casual sit-down explainer videos of your product; or chats with your colleagues or others in the industry.

In addition, it is popular to host a live stream on Instagram Stories and then save the stream and post it permanently as an IGTV video. This doubles your chances to increase social media engagement because the majority of your audience is going to see it.

In the past year, Instagram has gone head-to-head with TikTok for the dominating spot of biggest video platform. The platform’s follow-up to IGTV in 2020 was Reels.

It was immediately obvious that Reels was the platform’s answer to TikTok. It allows users to piece videos together and add a soundtrack on top, from Instagram’s own store of tunes originally bought from Apple Music for Instagram Stories.

However, this didn’t put users off. Instead, they revelled in the fact that it was now easier than ever to combine the insane popularity of TikTok’s short videos with the established influence of Instagram. Now, companies and influencers could get a piece of the action and share it with their carefully built-up followings, too.

Pretty much the same idea applies to Reels as we said with TikTok: just have fun with it. The only subtle difference with Reels is that it often tends to be a little more polished and consumer-focused.

Think about putting footage together of your product or service to music, or going down a more traditionally ‘TikTok’ route and make your audience laugh! 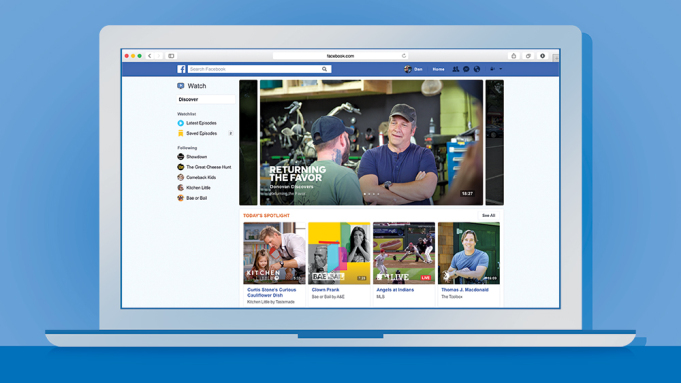 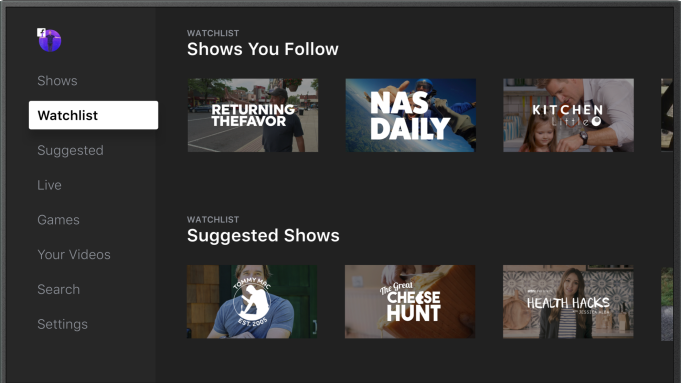 Also realising the accelerating power of video, Facebook set up their own space for longer videos, too.

Facebook has over 8 billion video views per day. It’s time to nab some of these views – and, as a result, engagement – for yourself!

Facebook Live is set up slightly differently to Instagram’s version; Although Facebook has Stories now too, Facebook live streams still appear in the feed as a video. However, users are still able to comment in a similar way to on Instagram Live.

It’s important that you broadcast your live stream across multiple platforms to maximise your social media engagement.

Use Facebook Live in similar ways to Instagram Live – host Q&As, interview people in the industry, and do product demonstrations. Live streaming adds another layer of intrigue and urgency to your content, which immediately increases your social media engagement.

This is a relatively new feature for Linkedin, which for years has positioned itself as a serious feed-posts-only platform for professional networking.

However, the platform has finally bowed to the undeniable popularity of the Stories format and brings its own spin to it. Companies can remain professional and focused on Linkedin while posting quick and temporary updates, potentially reeling in a new part of their audiences.

So, how can you get the most out of Linkedin Stories? Think about it as a ‘snackable’ version of the longer-form content you’d traditionally be posting. Quick clips and snippets of longer videos that you can direct your audience to on the feed; candid talking videos asking for your network’s professional input on a topic; Q&A videos; and so much more.

The great thing about Linkedin Stories is that you don’t have to plan them as heavily as you might feed posts. What’s more, because they’re still a relatively new feature to most Linkedin users, you’re likely to benefit from that curiosity of ‘what’s this?’

You guessed it – Linkedin has a live streaming tool, too!

This is particularly important on Linkedin because you have the opportunity to attract and engage a group of very important people for your business. Linkedin is full of potential clients and investors, just waiting for the right live stream to come along and interest them enough into parting with their money.

Continuing to follow along the lines of thought leadership, extend the knowledge you share on Linkedin Stories to a full in-depth talk on Linkedin Live.

The urgency of a live stream and the professionalism of Linkedin makes for an effective combination. There’s a very good chance of your network dropping what they’re doing and satisfying their professional curiosity by joining your stream.

Check out the video above from Linkedin Customer Stories about how Salesforce uses Linkedin Live to its advantage.

Now, it’s not obvious what this is immediately just from the name. When this launched at the end of 2020, you had most people going, ‘What the hell are “Fleets”?’

Well, as a play on ‘Tweets’ and a nod to their ‘fleeting’ nature, ‘Fleets’ is Twitter’s new story feature. Yep, even Twitter has Stories now!

You might be thinking, ‘Why do I need to use Fleets when Tweets are a quick format to begin with?’ However, the thing to focus on with Fleets is the fact that they’re temporary. This was the big thing missing from Twitter before, and it was clear that the ‘temporary’ style was extremely popular on other platforms.

To take advantage of this new temporary video feature, take the same approach we recommended for Instagram and Facebook stories. Keep it fun and candid, and use it as another extension of your brand’s online presence.

Got something fun in your Fleets that you want to direct your followers to? Point to it in a tweet and highlight the fact that it’s temporary, so they don’t want to miss it. This builds intrigue and adds another layer of engagement for your social media activities.

While it’s still unclear how influential Fleets will actually be, it’s worth having a go at using their video capabilities to increase social media engagement.

Fleets are very similar to other Stories tools – you can post your own videos, or choose them from your camera roll. Unlike Instagram, it doesn’t have many embellishing features, but it’s still a way of getting your video content out there!

We hope you’re able to take advantage of one, some or ALL of these many video tools on social media. We guarantee that once you start expanding your video marketing prowess, you’ll see almost immediate results.

Get in touch with Stada Media today if you need practical help with your video marketing. We can create amazing social media videos for your business that will kickstart your journey into effective social media marketing.

Head back to the Stada Media blog homepage here!