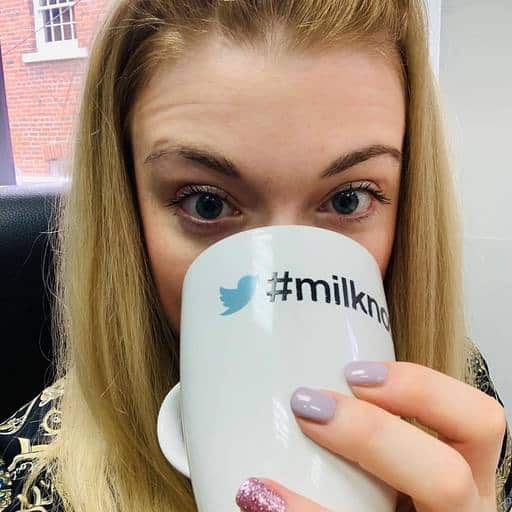 Looking to use virtual reality in your marketing efforts? Like we discovered in our previous post on Voice Search, technology is increasingly shifting towards experiences that don’t ‘feel’ as much like technology; where you don’t have to deal with technology manually; and as a result, you can kid yourself it’s not really technology. Not like you know it – with its loading circles going on into infinity or its sudden decision to not respond to any number of frustrated clicks.

Just like our internet searching behaviours, how we can be marketed to through video are advancing too. These days, if you want to find out about a product or service, it sometimes doesn’t quite seem to cut it to watch a series of chopped and assembled clips. You’ve seen that before, and you know it’s been carefully moulded with a formula to get your attention in the first few seconds and most importantly, get you to follow through.

So what’s the alternative? The answer is almost a paradox. Virtual Reality takes you back to basics by simulating a real-life environment where you can control where you look and consume information. It’s not crafted in one way with a clear beginning, middle and end. However, Virtual Reality is still very advanced technology that not everyone can get their hands on. It’s innovative stuff that is currently being used not just for marketing, but also for important purposes such as medical training or the treatment of dementia. It’s immersive storytelling that is intended to simulate stripped back reality, yet is rich with creativity and originality.

We should also turn to the numbers: the size of the global Virtual Reality market is expected to reach $22.9 billion by the end of 2020, with 90% of people in the US and UK aware of Virtual Reality.

People want Virtual Reality because they know they can cut through the barrier between where they are and where they want to be – whether that’s a far-away location, or with a particular product in their virtual ‘hands’ – and be ‘really there’. Or the next most convincing thing to it. 360 videos allow you to click arrows and move the perspective as if you’re actually turning around.

Examples of Virtual Reality videos include ‘try before you buy’ experiences, virtual tours, and stories in which you are a character, watching and controlling what’s in your eye line. Regardless of which way you use Virtual Reality, it will help a brand to reach more consumers because it’s an immersive experience that gives the viewer almost no choice but to accept their consumption of the experience as reality. After this, they’re more likely to want to seal the deal and buy it in real, real life. It’s also still relatively new territory, which means that if your brand uses it in their marketing strategy – and uses it well – you’ll be seen as one of the trailblazers for the technique, making you more memorable.

Here are some notable examples of how Virtual Reality has been used for various purposes, in various ways. Any of these could be relevant to a marketing strategy, depending on what you’re trying to promote.

Powered by Steam (which means you’ll need an account to play), but summarised in their handy video above, IKEA released a Virtual Reality experience that uses room-scale motion tracking to simulate moving around one of their kitchens and do pretty much anything you like.

According to IKEA, these are some of the actions you can take in the experience: “Open drawers and oven doors. Recycle the vegetable skins in the waste sorting station. Browse the new IKEA Catalogue, discover the pencils, pick up a frying pan and place it on the stove…” They’ve definitely thought of everything – you’re even able to throw their famous meatballs around. Not exactly what you’d be doing every day in a brand new IKEA kitchen, but it adds extra amusement to the experience for people who’ve already raved about those meatballs after a spontaneous day out to the homeware superstore.

With this feature, IKEA combines informative content with a bit of humour, a good combination that keeps its viewers engaged. It doesn’t stray far from what it’s trying to sell, which could be seen as a good thing or a bad thing – perhaps they could have been a bit more adventurous?

Think about how much time it would save if you were able to test drive a car from your own sofa before even stepping out of the door to visit the car dealer. It’s like reading the menu before you get to the restaurant, but actually being able to taste the food… without losing your appetite.

In fact, not losing your ‘appetite’ for the product is important, because then you wouldn’t want to go and look at the real thing and buy it. Volvo’s 2019 Test Drive app for their then-new XC90 Luxury SUV offers the experience of not just the car’s interior but its surroundings and the road itself. Shot in Vancouver, this Virtual Reality combines 360-degree live-action video with the CG car interior. It’s an upgraded version of a racing game that goes one step further by linking back to a real product, telling viewers they could experience it for real. This will definitely appeal to people interested in computer racing games.

Although 5 years old, this video is still just as effective, and as relevant. The Displaced uses Virtual Reality to immerse viewers in the war-torn homes of children displaced by war. This has a much more impactful effect than a series of pictures because it simulates the experience of that being your home, too, and facing the terrible reality of what these children have gone through.

Videos like these aim to encourage viewers to help fight the issues they illuminate, perhaps by donating to the cause.

However, Virtual Reality can play an even more active role in helping others – by using the freedoms of the technology itself.

How virtual reality is helping people with dementia – BBC News

Virtual Reality Therapy, which was trialled at a carehome in Oxfordshire, helps people with dementia regain their memories by creating reminiscent and tailored experiences in a Virtual Reality. For example, one man who enjoyed the birth of rock and roll in England was presented with a dancehall experience soundtracked by the music of the time. Another woman described her own experience as ‘beautiful’.

The technology is tailored for the user’s needs and is designed to be comfortable rather than confusing or distressing.

Beyond these uses, Virtual Reality is also increasingly being used for high-consequence training, such as healthcare and the military. 45% of people in these kinds of industries consider Virtual Reality training as highly important.

The wide range of areas that Virtual Reality now impacts, and the number of ways in which it can be impactful, shows that the technology is here to stay. It also means that your marketing should be going, hand-in-hand, with it.

Read more of our marketing musings on our blog here.